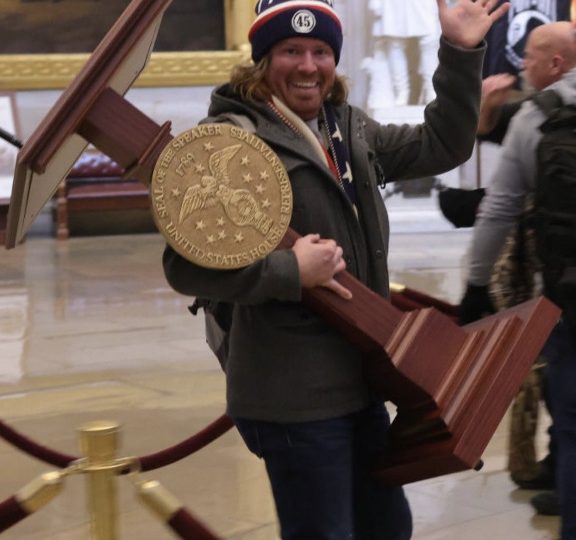 President Donald Trump’s supporters on Wednesday stormed a session of Congress held to certify Joe Biden’s win, as a desperate last-minute bid by the president to overturn his election loss sparked chaos and accusations of a “coup” attempt. 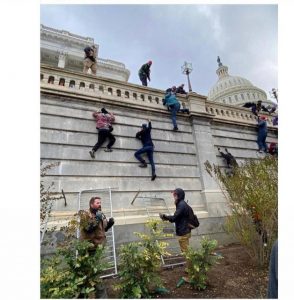 Hours after an extraordinary rally by Trump challenging his defeat, his flag-waving supporters broke down barricades outside the Capitol and swarmed inside, with the special session going into an emergency recess as protesters entered the chambers.

The chaos at the Capitol, which was put under lockdown, came one day after Biden enjoyed a new triumph as his Democratic Party looked set to win two Senate runoff seats, handing full control of Congress.

Police fired tear gas as they struggled to remove a sea of protesters who took aim, at Trump’s urging, at what for more than two centuries had been a quiet, ceremonial session to confirm the election’s winner. 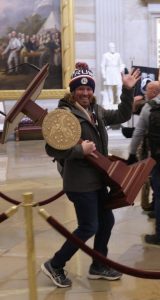 Representative Val Demings likewise denounced the storming of the Capitol as evidence of “a coup in progress” — in words echoed by half a dozen lawmakers.

Representative Elaine Luria said she had to evacuate because of a report of a pipe bomb and said she believed she heard gunshots.

“I don’t recognize our country today and the members of Congress who have supported this anarchy do not deserve to represent their fellow Americans,” she said.

Biden is certain to become president, with Democrats already controlling the House of Representatives, but more than 140 Republican House members and a dozen Republican senators have sided with Trump in challenging the results even though no evidence of fraud has been proven in court.

Republican Senate leader Senator Mitch McConnell, for four years a staunch backer of Trump, denounced the challenge in an impassioned address, noting that the results of the November 3 vote were not even close.

“The voters, the courts and the states have all spoken. If we overrule them, it will damage our republic forever,” said McConnell, who is set to lose his position of majority leader after Democrats’ Senate wins.

“If this election were overturned by mere allegations from the losing side, our democracy would enter a death spiral,” said McConnell, who also accused Democrats of not accepting Trump’s surprise 2016 victory.

Senator Chuck Schumer voiced alarm moments before protesters entered the Capitol, saying: “An element of the Republican Party believes their political viability hinges on the endorsement of an attempted coup.”

As scenes of chaos spread, Trump took to Twitter to call on his supporters to be peaceful and Washington Mayor Muriel Bowser imposed a 6 pm curfew in the city.

But in his rally near the White House, Trump urged them to head to the Capitol.

“We will never give up. We will never concede,” Trump told the cheering crowd, few wearing masks despite a spike in Covid cases.

“I hope Mike has the courage to do what he has to do,” Trump said, describing the US election as less honest than those of “Third World countries.”

As Trump was still speaking and Congress opened the session, Pence — dutifully loyal to Trump over four years and quiet since the election — said he would not intervene.

“The Constitution constrains me from claiming unilateral authority to determine which electoral votes should be counted and which should not,” Pence said in a statement.

Thousands of Trump supporters had headed to Washington at his urging in recent days, with downtown businesses boarding up in fear of violence.

“I can’t say I respect our election process anymore,” said Gail Shaw, 76, who drove down from New Jersey. “We will take our nation back.”

Biden won more than seven million votes more than Trump in the November 3 election and leads him 306-232 in the state-by-state Electoral College that determines elections.

Trump has repeatedly alleged without no evidence that there was vote-rigging but his team has not been able to prove a single case in court.

The session of Congress comes one day after voters went to the polls in Georgia and appear to have handed a pair of stunning victories to the Democratic Senate candidates over Republican incumbents.

A Democratic sweep would result in a 50-50 split in the Senate with Democrats holding the tie-breaking vote in Vice President Kamala Harris.

Biden is due to be sworn in on January 20 and control of the Senate would give his Democrats the levers of power in the executive branch and both chambers of Congress and allow him to push through his legislative agenda.

“After the past four years, after the election, and after today’s election certification proceedings on the Hill, it’s time to turn the page,” Biden said in a statement.

“The American people demand action and they want unity. I am more optimistic than I ever have been that we can deliver both,” he said.

In Georgia, Democratic candidate Raphael Warnock, the pastor at the Atlanta church where Martin Luther King once preached, was projected to defeat Republican Kelly Loeffler, a 50-year-old businesswoman appointed to the Senate in December 2019.

Warnock, 51, would be just the third African-American to win a Senate seat from the South.

In the other Georgia race, Democrat Jon Ossoff, a 33-year-old video producer, claimed victory on Wednesday over Republican David Perdue.