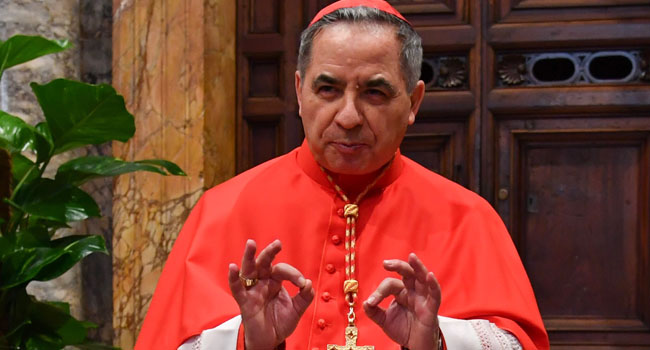 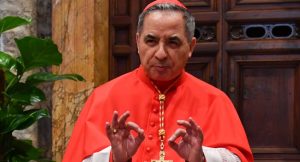 One of the most influential Vatican cardinals, Angelo Becciu from Italy, resigned his position unexpectedly on Thursday, the Holy See announced without explanation.

“The Holy Father accepted the resignation from the office of Prefect of the Congregation for the Causes of Saints and from the rights connected to the Cardinalate, presented by His Eminence Cardinal Giovanni Angelo Becciu,” a one-line statement late on Thursday said.

After a career as a Vatican emissary, Becciu has worked for the last six years as the Substitute for General Affairs, a role akin as chief of staff which means he sees Pope Francis daily and is one of his most trusted aides. 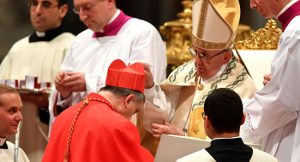 The 72-year-old was named as a cardinal in summer 2018 and has also had responsibility for the department that oversees beatifications and sainthoods.

His surprise resignation could be a sanction.

He has been linked in the past to an investigation underway within the Vatican over the last year into a property development in the exclusive Chelsea area of London which was paid for with offshore funds and companies.

The process to invest in the scheme to build luxury apartments began in 2014 when Becciu was in the Vatican secretariat, the central bureaucracy of the Holy See.

The Vatican’s police force raided the offices of the secretariat last year to seize financial documents and computers, while five members of staff were suspended.

What I told security agencies before Edo polls – Buhari