‘The fight is over,’ Obaseki waves olive branch to Oshiomhole, Ize-Iyamu 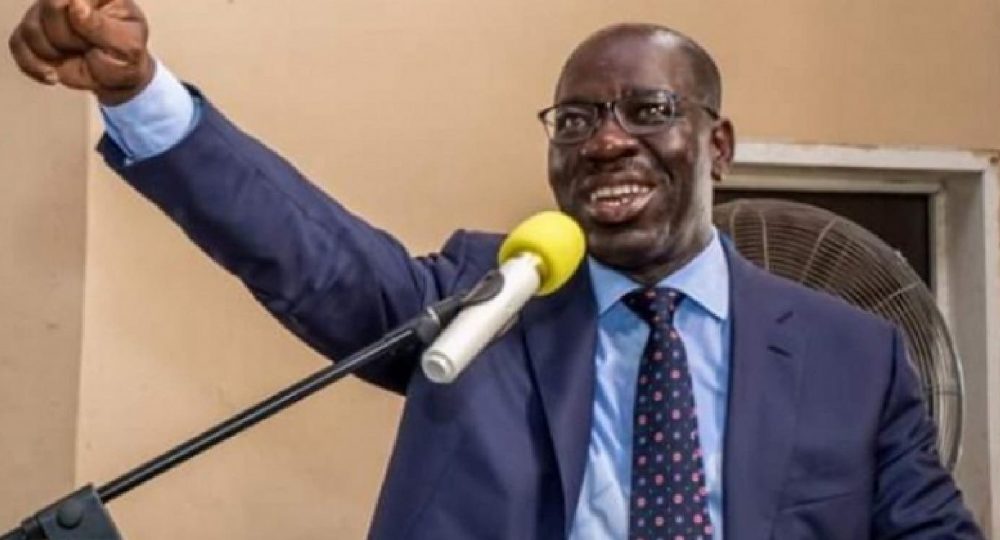 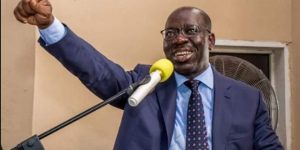 The re-elected Governor of Edo State, Godwin Obaseki, has extended a hand of fellowship to leaders and members of the main opposition party in the state, All Progressives Congress (APC

Obaseki, while receiving his certificate of return  at the INEC office in Aduwawa, Benin City, said the fight is over between him and his predecessor Adams Oshiomhole who is also the former Chairman of the APC.

He called on the flagbearer of the APC, Pastor Osagie Ize-Iyamu, and other members to join in the administration of the state.

“I am using this opportunity to extend a hand of fellowship to my brother Pastor Osagie Ize-Iyamu and other colleagues in the APC to join us and work with us so that we can move Edo forward.

“On a specific note, I want to use this opportunity to call on the former Chairman of the APC, Comrade Adams Oshiomhole that the fight is over and he should come and join in building the house where he was part of laying the foundation. We have no malice. The only thing we disagree on is the approach in moving Edo State forward,” he said.

Obaseki adds that both members of the Peoples’ Democratic Party (PDP) and APC are one family and cooperation is needed in moving Edo State forward.

“To our friends and brothers on the other side of the divide, we are one family in the pursuit to provide services and public goods for our citizens.

The electoral body had earlier issued certificates of return to Edo State Governor, Godwin Obaseki, and his deputy, Phillip Shaibu at the INEC office in Benin City, the Edo State capital.

The National Commissioner, INEC in charge of Edo, Rivers, and Bayelsa, Mrs May Agbmuche-Mbu made the presentation and commended stakeholders including the security agencies for their role in the smooth conduct of the poll.