The Supreme Court has affirmed the election of Mister Adegboyega Oyetola as the governor of Osun state.

In a lead judgment delivered by Justice Bode Rhodes-Vivour, the Apex Court declared the proceedings and judgment of election petition tribunal a nullity on the grounds that Justice Peter Obiora, the judge who had read the majority judgement at the tribunal, was evidently absent at the proceeding of  Feb. 6, with the record of proceedings before the court.

Five out of the Seven-man panel of Justices including the Acting Chief Justice of Nigeria (CJN), Justice Tanko Muhammad declared Oyetola as winner of the September 2018 election while two had a dissenting opinion.

Rhodes-Vivour held that the failure of Justice Obiora to be present on that day meant that the tribunal lacked the authority to have given any judgment on the matter.

He held that when the rightly constituted panel of a court does not seat, the activities carried out by that panel is a nullity.

Meanwhile, Justices Kumai Akaah and Paul Galinje with dissenting judgments declared the PDP as the winner of the election.

They held that the Independent National Electoral Commission (INEC) should be an unbiased umpire in an election.

They said INEC erred in law by relying on it’s manual to cancel some aspects of the election and declare it inconclusive.

They also held that the appellant still met the constitutional requirements of having the highest votes cast and the spread: but the election umpire went ahead to cancel the election and carried out a rerun showing that INEC had a plan up its sleeves.

On May 9, the Abuja Division of the Court of Appeal nullified the judgment of the Osun State Governorship Election Petition Tribunal which had declared the Adeleke, as the winner of the September 2018 poll. 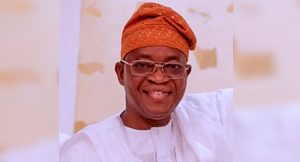