Williams, 35, accidentally announced her pregnancy in a bathing suit on Snapchat in April with the caption “20 weeks”.

The athlete later revealed that the snap was meant for close friends.

Ohanian, co-founder of Reddit, opened up about how Serena will be a great mother during an interview with CNBC’s “Squawk Box” in early July.

“She’s very good at a lot of things and well on her way to being an awesome mom too,” he said.

The techie plans to take six weeks of paternity leave to focus on Williams and their new bundle of joy.

The 23-time major winner previously announced that she would be taking maternity leave for the remainder of 2017. She has said she hopes to return for the Australian Open in January.

Williams was a few weeks pregnant when she beat her sister Venus to win the Australian Open back in January.

She and Ohanian became engaged in December last year at the Italian restaurant where they first met, with Serena posting a love poem on Reddit as she travelled to New Zealand from Los Angeles.

“I came home. A little late. Someone had a bag packed for me. And a carriage waited. Destination: Rome. To escort me to my very own ‘charming.’ Back to where our stars first collided. And now it was full circle. At the same table we first met by chance. But by choice. Down on knee. He said 4 words. And I said yes.”

Williams and Ohanian had been dating for about a year, and were relatively private about their relationship prior to this announcement.

Williams, one of the greatest tennis players of all time and one of the premier athletes in American history, holds 39 Grand Slam titles, including 23 won in singles. 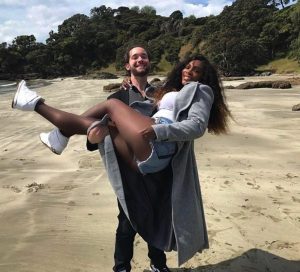 Dangote rebuffs pressure to contest for Presidency in 2019