The Peoples Democratic Party (PDP) has suspended Mr. Ndudi Elumelu and six other members of House of Representatives for one month over the minority leadership tussle in the lower chamber.

The party’s National Publicity Secretary, Mr Kola Ologbondiyan, announced this at a news conference on Friday in Abuja.

In a swift response to the announcement of his suspension, Elumelu said he was surprise  that the National Working Committee of his party can sit and take a decision without giving room for fair hearing.

He said he was bereaved and left Abuja immediately left Abuja after the plenary session of the house on Thursday and travelled to Delta state.

“I lost an aunty and left Abuja immediately after plenary in the House of Representatives on Thursday and travelled to Delta state.  Though I left immediately after sitting not midnight. Secondly my gateman received the letter at 7.45pm and he called me at 8pm”

“I was informed by my gateman who received the letter from the party at 7.45pm and called me at 8pm. I tried to reach out to the other members named in the letter to see if they could be at the meeting and found out they were also out of town”, he said

Ologbondiyan in announcing their suspension however  said that the members were suspended over issues related to indiscipline, insubordination and disobedience of party directives.

He said that the party had also referred the matter to its National Disciplinary Committee.

He said that the National Working Committee (NWC) of the party took the resolutions after reviewing issues surrounding the minority leadership of the Green Chamber.

He explained that the party noted the roles played by the seven members which resulted in the Speaker, Mr Femi Gbajabiamila, reading another list for minority leadership of the House other than the one it submitted to him.

“After preliminary examination by the NWC, it was evident that the roles played by the mentioned members, bordered on indiscipline, insubordination and disobedience of party directives.

“Subject to the provision of this Constitution, the Party shall have power to discipline any member who says or does anything likely to bring the party into disrepute, hatred or contempt.

“Member who disobeys or neglects to carry out lawful directives of the party or any organ or officer of the party.

“Engages in anti-party activities, or engages in any conduct likely to cause disaffection among members of the party or is likely to disrupt the peaceful, lawful and efficient conduct of the business of the party.

“Consequent upon this, the above-mentioned members of our party are hereby suspended for one month and this matter is hereby referred to the National Disciplinary Committee of our party, in keeping with Section 57(3) of PDP Constitution.”

Earlier, the National Chairman of the party, Mr Uche Secondus, had shortly after the NWC meeting, told newsmen that the party was insisting on its nomination list earlier forwarded to the Speaker of the House.

He added that the party remained united behind Kingsley Chinda, who was nominated for the minority leadership position in the lower chamber.

“On the issue of the minority leadership of the House of Representatives, we want to reiterate that the party and the BoT are united.

“In consultation with members of PDP and other minority parties, Chinda is our minority leader and all the other positions as we have communicated to the Speaker House of Representatives.

“You are also aware that it was with the same process that we communicated to the Senate and it has done a fine job. The Senate has announced our leadership as sent without rancour.

“It is surprising that the Speaker had to generate his own list. This is against parliamentary rules or what is tenable at the parliament,” the chairman said.

He called on PDP supporters to remain resolute, committed and loyal to the party, reaffirming that the party was one, united and working hard to recover its mandate at the courts. 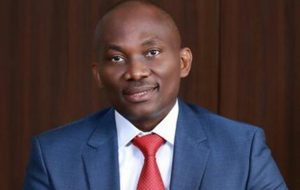 Nations Cup: Morrocco crash out to 10 man- Benin on penalties