The Inspector- General of Police, Mr Ibrahim Idris, has approved the dismissal of three of the four policemen who carried out illegal search in Chief Edwin Clark’s residence in Abuja.

The four policemen, on Sept. 4, illegally carried out search in the Abuja residence of Clark.

Moshood said that Dominic was queried and is being investigated for discreditable conduct, negligence of duty and an act unbecoming of a Police officer.

He said that the offences against the officers were serious and dismissal from service was inevitable.

The spokesman said that the dismissal of Paul, Abubakar and Musa was upheld after they were tried under Oath in Orderly Room for discreditable conduct.

Moshood said the dismissed officers were also tried for Illegal duty, disobedience to Lawful Order and other misconduct, contrary to the Rule of Law.

He said that the suspect/ Informant, Ismail Yakubu, had been charged to the Upper Area Court Mpape, Abuja for giving false information and telling falsehood that misled Police action. 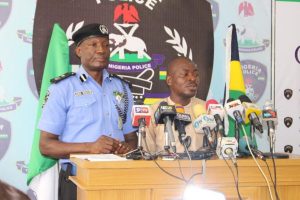