FG to shut down NERFUND

The Federal Government is making arrangements to shut down the operations of the National Economic Reconstruction Fund (NERFUND) at the end of October due to huge non-performing loans of about N17.5 billion.

Reports s a committee had already been formed to ensure smooth liquidation of the company.

According to reports, the committee was expected to come up with recommendations concerning the welfare of the NERFUND workers and also what to do with the office equipment.

The committee was also expected to recommend an agency that would handle the numerous pending court cases initiated by NERFUND to repatriate billions of naira it had earlier loaned out.

It said that the committee was expected to submit recommendations to the Minister of Finance on Thursday.

According to the source, about 1,143 projects in the Small and Medium Enterprises sector were financed with the NERFUND loans between 2010 and 2013.

The source said that NERFUND currently had problems recovering the loans, adding that out of N17.5 billion, about N14.2 billion representing 80 per cent was borrowed by a few people.

He said the ratio of non-performing loans was high because many of the loans were not collateralised.

NERFUND was established by Decree No. 2 of 1989 (now an Act) to act as a catalyst towards the stimulation of the rapid rise of real production enterprises in the country with a seed capital of N300 million.

In 2002, the Federal Government merged Nigeria Industrial Development Bank (NIDB) and Nigeria Bank of Commerce and Industry (NBCI) to form Bank of Industry (BOI) but excluded NERFUND from the fusion of all development finance institutions (DFIs).

However, the agency’s capital had grown into billions of naira but due to poor management, the organisation had been in comatose since late 2013, losing its capacity to carry out its mandate.

In June 2016, its the staff took to the streets to protest an alleged mismanagement of the agency’s funds by its administration.

The Federal Government, through the Minister of Finance, Kemi Adeosun, intervened by first shutting down the agency following the failure of the agency to reconcile the differences between the executive management and the entire staff, to forestall a further breakdown of law and order.

About two weeks after the shutdown, Adeosun officially instructed staff to return to work and appointed Dr Ezekiel Oseni in August of the same year, to act as Managing Director. 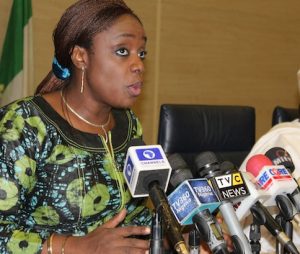