The Federal Government says it has so far released N336 billion to its Ministries, Departments and Agencies for the execution of capital projects in the first quarter of 2017.

The Minister of Finance, Mrs Kemi Adeosun, in a statement by the ministry’s Deputy Director of Information, Mrs Patricia Deworitshe, said this was however less than the N350 billion she had hopped to release for the quarter.

Given that N2.18 trillion was earmarked for capital expenditure for the year 2017, it’s third quarter of the year and the Federal Government has a pending balance of N1.84 trillion to release.

“The Federal Government has, to date, released a total of N336 billion from the 2017 Budget to Federal MDAs for funding of capital projects in the first quarter of 2017.

“The balance of N14 billion is being processed, pending resolution of some formalities within the agencies concerned.

“Power, Works and Housing received the largest allocation of N90 billion, followed by Defence and Security which got N71 billion; transport got N30 billion.

Other sectors combined, received a total of N103 billion, she said.

Adeosun said the priority on the release of available funds was made in accordance with the objectives of the Economic Recovery and Growth Plan (ERGP).

She said in 2017, the Federal Government would continue to focus on capital expenditure spending on priority sectors to stimulate economic activities and job creation.

“Despite fiscal constraints, the Federal Government was able to fully cash-back the budgeted capital releases so far made, which is a reflection of the current administration’s commitment to economic development,” the minister said,” she said.

The 2017 budget is N7.44 trillion with statutory transfer projections of N434. 41 billion, N1.84 trillion for Debt Servicing and N177.46 billion for Sinking Fund from maturing bonds.

Recurrent expenditure was projected at N2.99 trillion; capital expenditure, N2.18 trillion, and provision of N2.36 trillion was made for fiscal deficit, with deficit to Gross Domestic Product (GDP) put at 2.18 per cent. 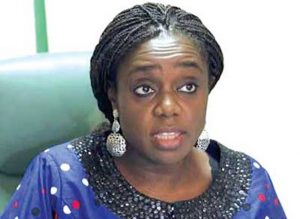