President Muhammadu Buhari has described as “very serious, a situation where teachers could not pass the examination that they are supposed to teach the children”. 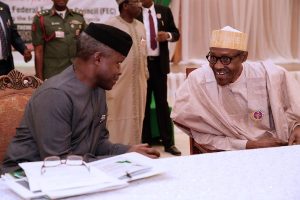 President Buhari, who spoke at a special retreat of the Federal Executive Counicl (FEC)  in Abuja, endorsed the primary education reforms being carried out by Governor Nasir El-Rufai of Kaduna state.

“It is a very tragic situation we are in, and this our gathering is one of the most important ones in this administration.”

“ I listened to one of the Nigerians I respect, he said after his training here in Nigeria and the United States, he went to his alma mater, his primary school to see what he could contribute.

“I won’t mention his name but when he went, he couldn’t differentiate between the students, the children and the teachers.

“And what el-Rufai is trying to do now is exactly what that man told me about 10 years ago.

The president said the effect of decay in the education sector was glaring, vowing that his administration would change the situation for the better.

“In those days, teachers treat students like their own children. If you did well, they will tell you, you didn’t, they wouldn’t spare the rod.

As part of the reforms, Kaduna state carried out an assessment test on all its 33,000 primary school teachers to determine their suitability as teachers.

No fewer than 21,000 of the teachers fail to score the mandatory 75 per cent of the primary four examination administered.

El-Rufai has therefore decided to fire all the teachers that failed and to replace them.

The organised labour is currently inflamed by the decision of Kaduna government, but the government warned that there was no going back in the interest of posterity.