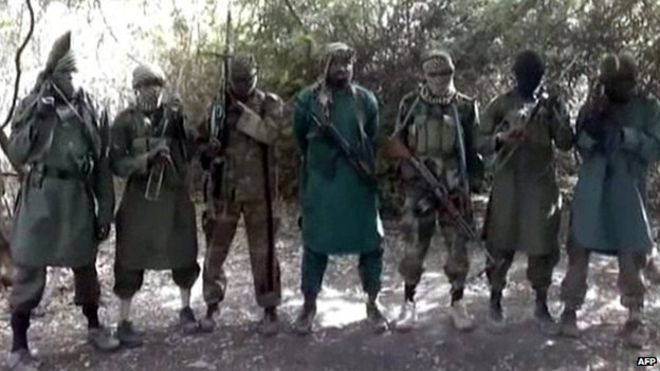 Nigeria most dreaded militant group,Boko Haram has realeased video showing the abducted students of the Government Science Secondary School Kankara,Katsina State to prove that its members carried out the abduction.
In the video, the abductors showed the boys, with some of them crying, and appealing to the government to negotiate with the group for their release.
The spoksman for the boys said they were 520 in number and that some them have been killed.

“We have been caught by the gangs of Abu Shekau; some of us were killed,” the student said.

Dozens of other boys could be seen gathered behind him, all covered in dust and appearing to be within a forest area. A young member of the terrorist group stood in their midst wearing a military camouflage, including a face mask, and wielding an assault rifle.

The abductors in the video said they kidnapped the students because the government refused to stop killing and arresting Fulani criminals.

“We did this because you refused to stop killing and arresting Fulani,” one of them said.

The young student then pleaded with the government to stop attacking the terrorists. “All the armies that you sent here can do nothing to them,” he said.

He added that that government should “dissolve vigilante gangs and close down all types of schools, excluding Islamiyya [Qur’anic schools]”.

The leader of the Jama’atu Ahlussunnah Lidda’awati Wal Jihad, otherwise known as Boko Haram, Abubakar Shekau, spoke at the end of the video saying he was happy with the operation.

He said many people thought he was lying when he claimed responsibility for the schoolboys’ abduction. Shekau said he would not add anything since sceptics could now see the boys by themselves.

“Even if I didn’t say anything, here are my people speaking and here are your boys speaking too,” he said.

Boko Haram said it was responsible for the kidnapping, which is the group’s most daring attack outside its stronghold in the Northeast.

The same faction of Boko Haram had in 2014 abducted 276 schoolgirls in Chibok, Borno State. Since then, only 164 have been freed while 112 others remain missing.

To secure the release of some of the schoolgirls, the Nigerian government, complying with the terror group’s demands, secretly paid a ransom of €3 million and released about five imprisoned Boko Haram members.
This story was first published by Humangle 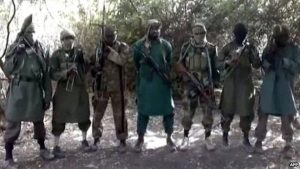