Heavily armed Boko Haram fighters on Thursday attempted to storm the northeast  city of Maiduguri  in a rare attack by the militants.

Reports say the militants are trying to reach Giwa Barracks, where many of their comrades are being held,”.

: “There has been gunfire and explosions and residents have all fled the area. Troops have intercepted the attackers…according to an eye witness

“They (Boko Haram) are making an attempt to infiltrate the city.”

There was no immediate indication of the numbers of Islamist militants involved but the attack stands at odds with repeated Nigerian claims that the group is defeated.

Liman, whose group assists the military with security, said the insurgents were armed with rocket-propelled grenades and “artillery”, without elaborating.

Boko Haram, whose insurgency has killed at least 20,000 people in northeast Nigeria since 2009, has repeatedly attacked the Jiddari Polo area, which is on the outskirts of Maiduguri.

In December 2015, 22 people were killed and 91 others injured when jihadists stormed the area, shooting guns and unleashing a wave of young suicide bombers.

That attack came after Nigeria’s President Muhammadu Buhari claimed the military had “technically” won the war against the Islamic State group affiliate.

A similar attack in June 2017 also saw Boko Haram fighters try to get to the Giwa Barracks, a military detention facility which houses hundreds of Boko Haram suspects. Eleven people were killed.

Boko Haram managed to overrun the facility in March 2014 and freed dozens of their comrades held there. 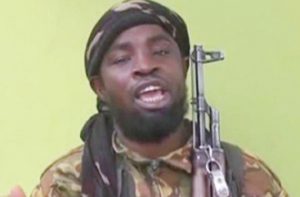