Biden reverses Trump’s visa ban on Nigeria and other countries 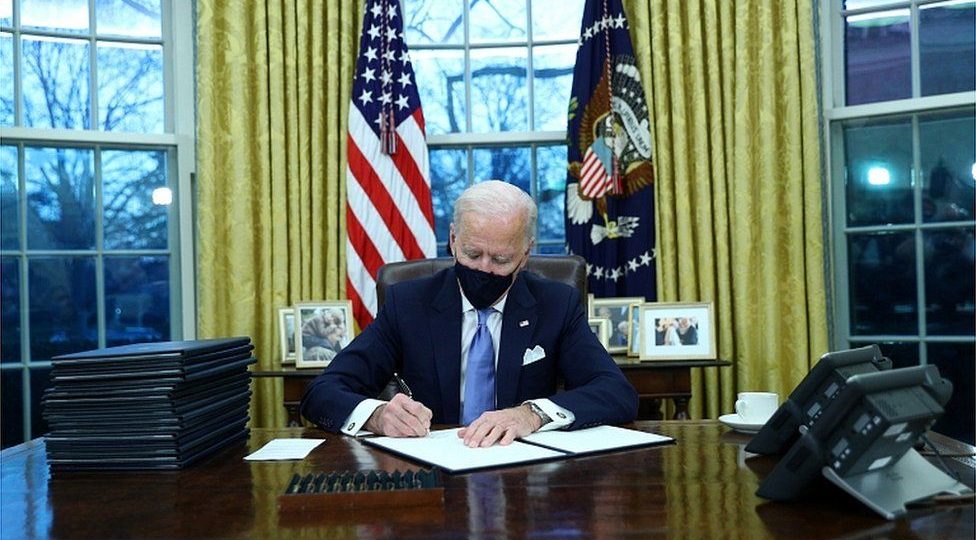 In January 2020, Trump had expanded curbs on immigration to include six more countries, including Nigeria. 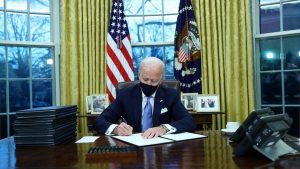 At the time, the US government said the policy was designed to tighten security for countries that did not comply with the U.S. minimum security standards or cooperate to prevent illegal immigration.

But the Biden administration, which campaigned partly on a message of diversity, is seeking to re-open America to the world.

The reversal is part of a 10-day onslaught of executive actions intended to overturn key Trump policies without waiting for Congress, on topics ranging from the COVID-19 pandemic to climate change and criminal justice, Bloomberg reported on Wednesday.

Biden has halted the US exit from the World Health Organization, stopped construction of Trump’s cherished wall on the Mexican border, and rescinded a ban on visitors from several Muslim-majority nations.

He has also committed the United States to rejoining the Paris climate accord, blocked an oil pipeline project, and froze Arctic drilling in a raft of executive orders signed hours after taking office Wednesday.