Mamora, who said he was impressed by what he saw while the contractors were fixing the last equipment, was given assurance by the contractors that the project will be ready in in the next one week or two.

Mamora also commended the contractors for a job well done and the community for being a good host and encouraged them to ensure the safety and security of the River Port.

He said Baro River Port, in Niger State, which is the flagship port in the northern part of the country, will be commissioned very soon by President Muhammadu Buhari.

“I am satisfied with the quality of work done and in a week time the port will be inaugurated for operations.

“I wish to thank the host community for their patriotic zeal and the security the accorded the contractor while doing the work and also wish they extend the same security to the workers when the port comes on stream.

The  Baro River port was awarded in 2011 at a cost of N2.563 billion to Messrs CGGC Global Projects Limited. 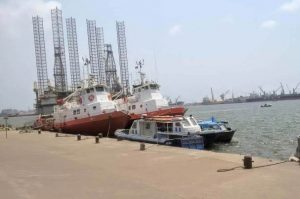