Seven former governors and seven ex-senators are among the 43 ministerial nominees whose names have been sent to the Senate for screening and confirmation on Tuesday.

However, the ex-governors are not likely to enjoy same privileges with former lawmakers during the screening exercise.

In the tradition of the Senate, the seven former lawmakers will be asked to take a bow and avoid all the questions and answers that normally characterise the exercise as a mark of respect.

Also, Sen. Hadi Sirika (Katsina) was in the Senate at the inception of 2015 before he became Minister of Aviation.

Similarly, a current member of the House of Representatives on the platform of Accord Party (AP), Rep. Emeka Nwajiuba (Imo), made the list and he is expected to be treated like the former senators. 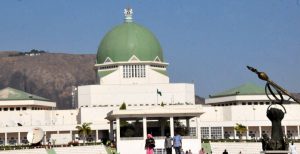